Carers Week 2018: Our Week of Giveaways & Fundraising for Carers UK! 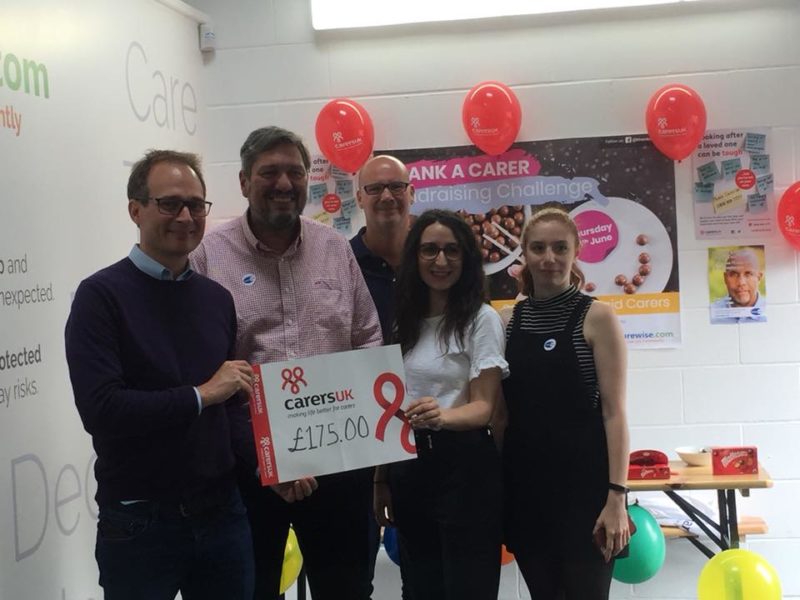 If you don’t know what that is, Carers Week is an annual campaign to raise awareness and support for carers, the challenges they face, and the extra support they need for the contribution they make to families and our communities in the UK.

Throughout the week, thousands of people and organisations (like Thank a Carer!) arrange events and activities to draw attention to the role carers play in our society.

With over 6.5 million people in the UK being carers, and over 70% of carers saying that they have felt unsupported and isolated in their role as a carer at some point, Carers Week is an important opportunity to give carers the recognition they deserve.

Our Week of Giveaways

Thank a Carer was started with the main aim to provide a platform for people to give the carers in our society the recognition they deserve, so we decided to host a ‘Week of Giveaways’ to coincide with every day of carers week.

We gave away a different prize every day, with every prize carefully selected with the aim of giving a carer in our community a well-deserved treat.

We then ended the week with our biggest giveaway ever: a pamper day for two!

We were thrilled with how many carers and friends of carers participated in the daily giveaways and received so many messages thanking us for the giveaways and giving carers a well-deserved reward – so thank you to everyone who took part and made the week really special.

As a part of Carers Week, we also decided to take the opportunity to raise some money for a worthy cause: Carers UK.

The Surewise.com and SAGIC teams (the people behind Thank a Carer!) took part in a Malteser Chopstick Challenge, with the aim of eating as many Maltesers in 30 seconds as possible  – with chopsticks!

We then matched the number of Maltesers eaten in pounds to donate to Carers UK, raising £175 in total.

The team had a great time taking part in the challenge, and it’s great to have been able to fundraise for an issue we’re all so passionate about at the time same.

Check out a few of our photos from the fundraising event! 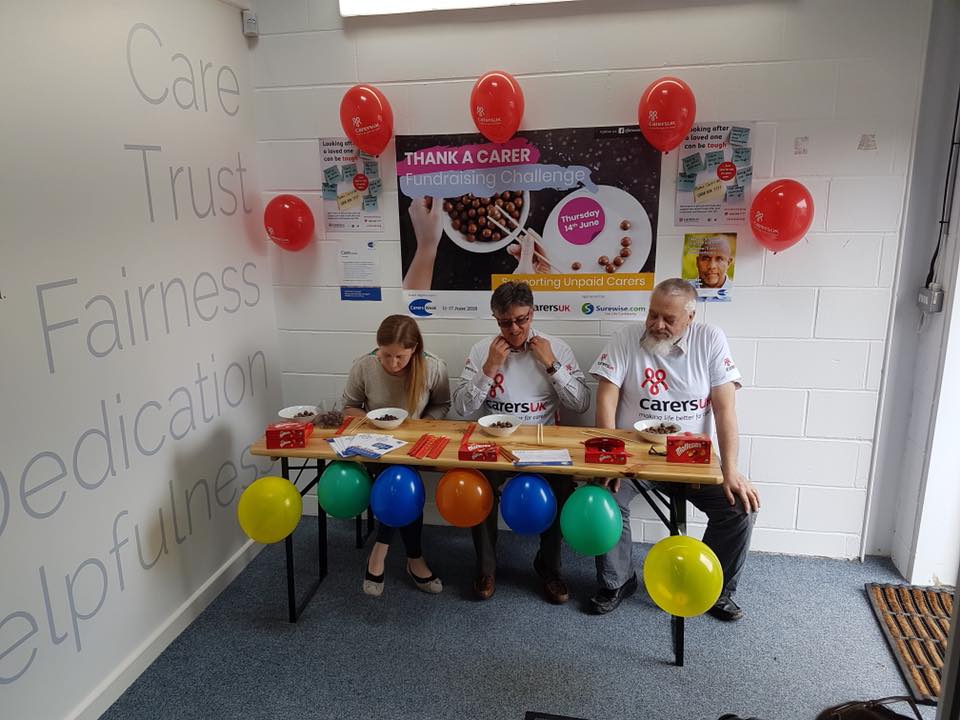 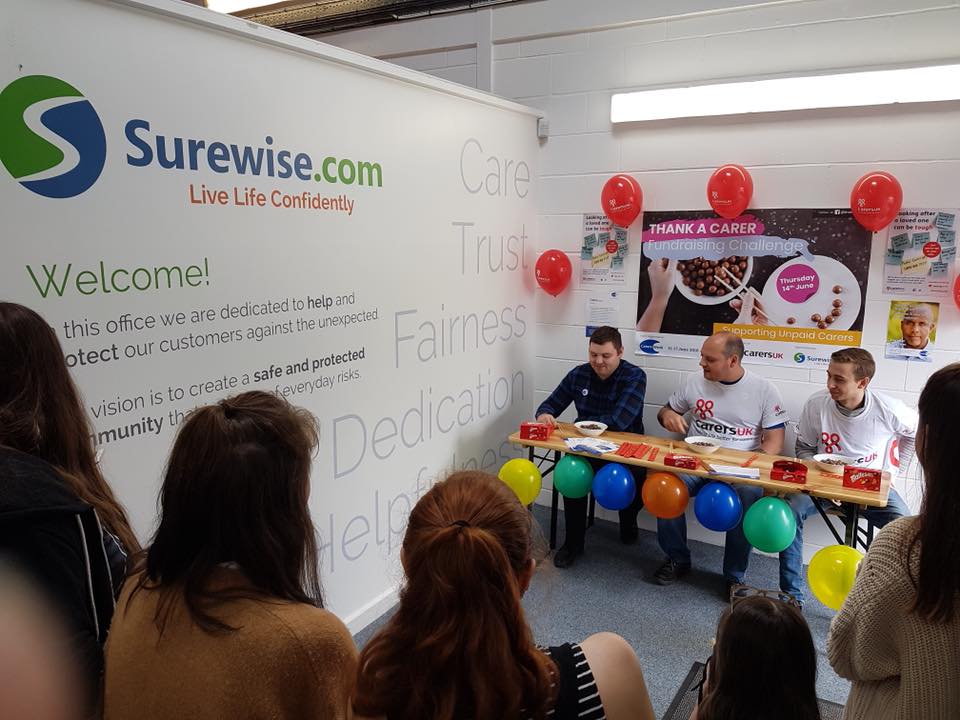 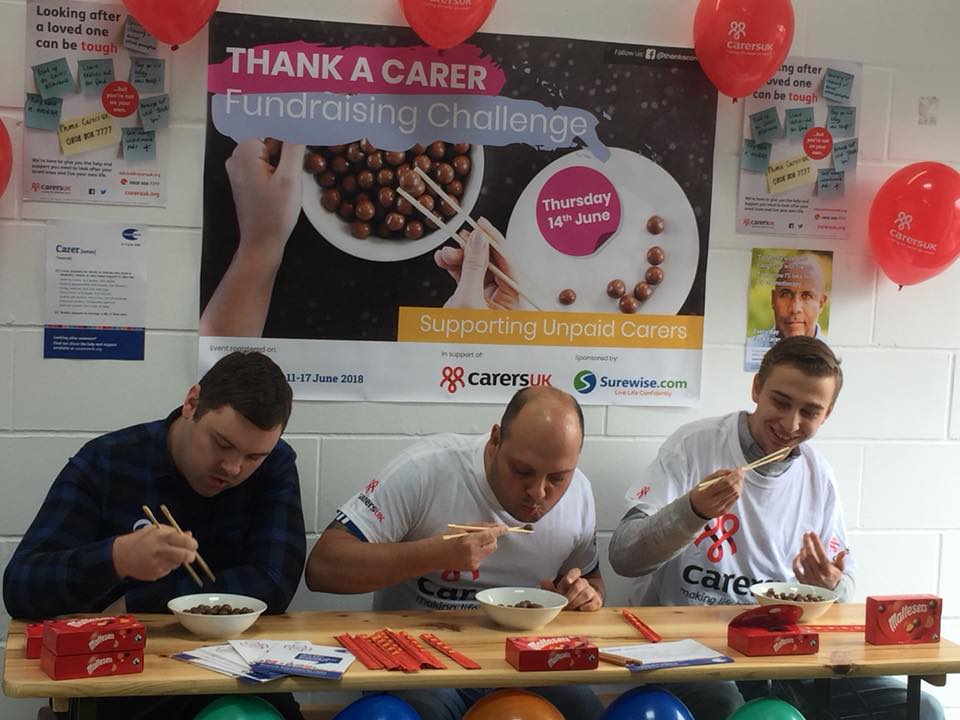 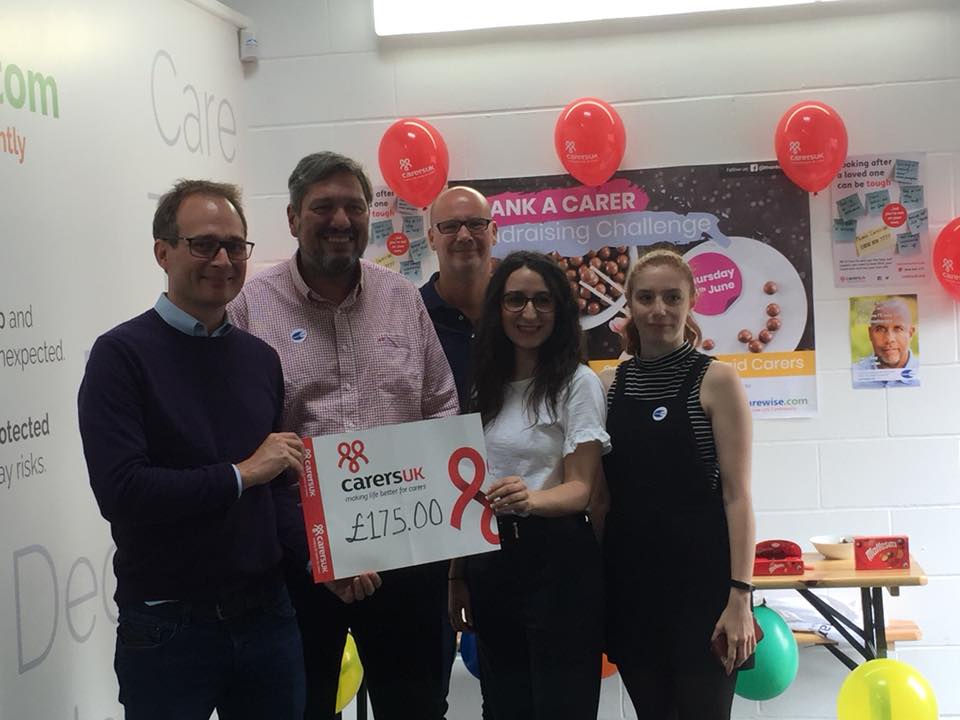 Help us say a big ‘Thank You’ to the carers in our community by nominating a carer you know to reward them with one of our weekly giveaways.