Clap For Carers Returns in 2021 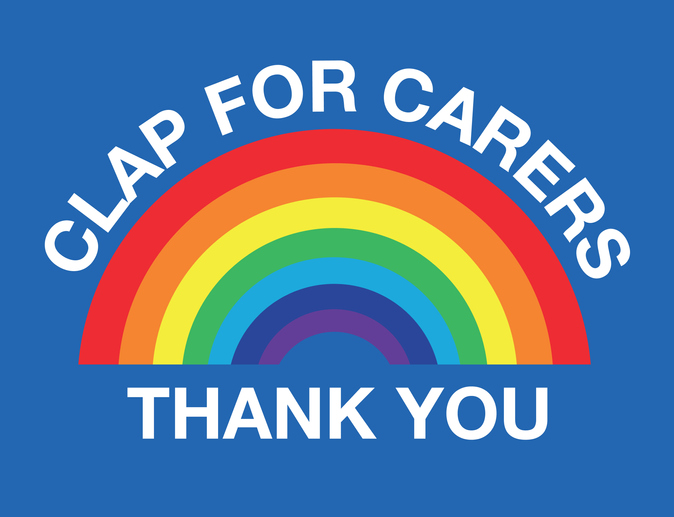 Throughout the first lockdown of 2020, it became a regular part of all our of stay-at-home routines to stand on the doorstep every Thursday at 8 pm and clap for the carers and key workers working on the front line of the coronavirus COVID-19 pandemic.

The idea first began as a one-off event to support NHS workers on the 26th March 2020 – just three days after the UK first went into a national lockdown. However, the huge popularity of the event meant it continued every Thursday for the entire 10 weeks of the first lockdown.

The idea was first started by Annemarie Plas, who had seen similar events taking place in Europe from a Dutch WhatsApp group she was a part of. After sharing the idea on social media, it quickly spread and before Annemarie knew it, the movement had taken on a life of its own.

Millions of people took part in Clap for Carers every single week, as a small way of showing their support for the sacrifices and hard work key workers were doing every single day in the fight against coronavirus.

It’s worth noting, however, that the movement did also face some criticism for becoming politicised, with many politicians including Prime Minister Boris Johnson and members of the Royal Family joining in to show their support.

Many criticised this, suggesting that politicians could show their support for the NHS with additional funding and PPE rather than simply applause.

Concerns that the true message of Clap For Our Carers was changing and turning negative due to this criticism eventually led to the founder of the movement calling for an end to the clapping.

It’s perhaps no surprise, then, that the 2021 revamp of clap for carers – now named ‘clap for heroes’ – has been met with wavering levels of enthusiasm.

Once again, concerns were raised that there could be better ways of showing support for key workers during this third lockdown, such as pay rises and bonuses across the NHS. In addition, after scenes of crowds of people clapping together on Westminster Bridge last spring, there was concern from others that the return of clapping for key workers could lead to some people flouting the current lockdown rules.

In reality, whether you choose to support the latest resurgence of this Clap For Heroes event is completely up to you.

While some may enjoy the community feel of being able to make some small gesture towards appreciating the hard work many people are doing to help us fight COVID-19 every single day, others may feel that wearing a mask, staying home, and keeping safe is enough in itself.

Help us say a big ‘Thank You’ to the carers in our community by nominating a carer you know to reward them with one of our weekly giveaways.